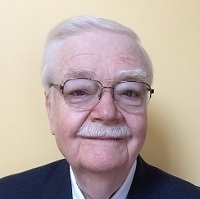 Bill has been a leader in both Line of Business and Project Management for forty-three years.   He holds the PMP and a PMI-RMP certifications and an MBA from North Carolina State University.  In 2006 and 2007 Bill was the VP Education for NCPMI and hase been an instructor for the NCPMI PMP Exam Preparation Class since 2007.  During 2016, Bill served as the Director of Certification for NCPMI.

The PMBOK Guide Sixth Edition is projected to be released in first quarter 2017.  Later in 2017, at a time which has not yet been announced, the PMP Certification Examination will change to the PMBOK Sixth Edition.  Bill's number one goal will be to acquire PMBOK Sixth compliant training materials for our certification classes and qualify our instructors to the new standard.  As we transition to the PMBOK Sixth Editio, he will work with our instructor team to establish a method for assessing the quality of our instruction in the classroom and establish a continuous improvement process so that we will continue to be recognized as a premier education provider.  Finally, I intend to maintain an open dialogue with members of our project management community so that they understand the certifications available and the requirements for these certifications and ensure that the instructors and the board understand their certification needs.